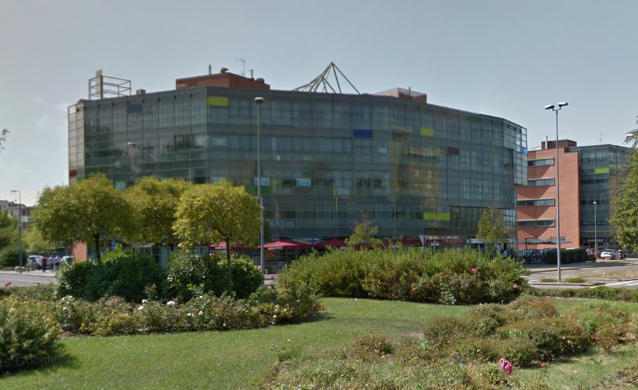 Ranking of Grocery Brands based on Popularity

Ranking of Grocery Brands based on Popularity

by Monitora
in Publications
Comments 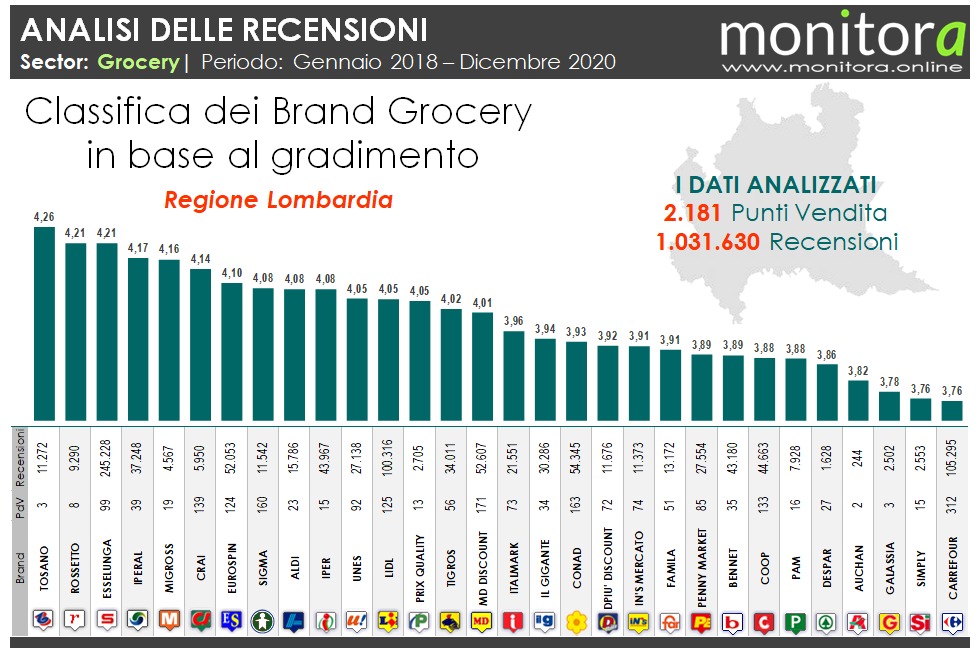 The ranking presents the results of the analysis conducted on 2,181 grocery stores in Lombardy (an Italian North Region) over the last 3 years (from January 2018 to December 2020).

Brand satisfaction was measured using the average rating (number of stars) assigned by users out of a total of 1,031,630 reviews processed using the Monitora software.

At the top of the ranking is Tosano, which despite its only 3 stores, collects 3,757 reviews per store (the highest figure recorded) and a rating of 4.26.

Followed, on a par, Rossetto and Esselunga with a vote of 4.21.

Among the discount stores, Eurospin stands out with an average of 420 reviews per store and a 4.10 rating.

At the bottom of the ranking we find Galassia (score 3.78) and the French chains: Auchan and Simply, which are progressively abandoning the national territory, and Carrefour, which ranks last with a score of 3.76, tied with Simply.